Apparently This Matters: Gingers take to the streets 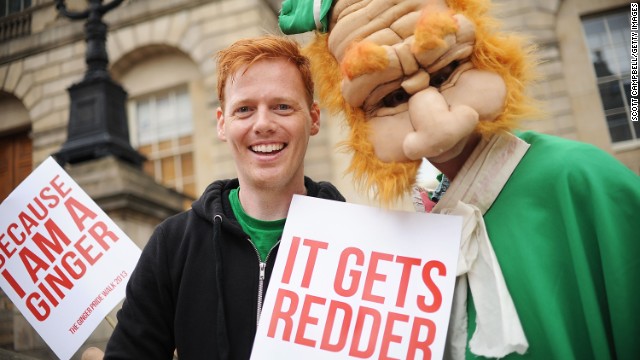 Editor's note: Each week in "Apparently This Matters," CNN'sJarrett Bellini applies his warped sensibilities to trending topics in social media and random items of interest on the Web.

(CNN) -- To call myself a true ginger is rather an insult to all the legitimate redheads of the world. You know, the super shiny ones you carefully hide from your children. 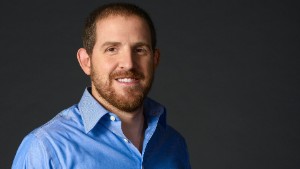 To be fair, my hair (what's left of it) is really more of a light brown with gentle hints of crimson. However, in a pinch, my beard can definitely be used as a warning beacon for low-flying aircraft.

Thus, while they'll never elect me King Ginger of the Pale, I'm definitely one among the people. Which is why I felt a certain amount of solidarity as I kept reading about the more than 100 redheads who recently marched in Edinburgh, Scotland, during the city's annual Fringe Festival.

The UK's first Ginger Pride Walk was actually orchestrated by a Canadian comedian named Shawn Hitchins, who said, "Although it isn't a real word, 'gingerism' exists, and bullying exists. ... Kids are being subjected to taunts or being bullied in schools just for having red hair."

So they marched through the streets of Scotland's capital, stretching out like a soulless, human laser pointer.

Despite the serious tone set by Hitchins, the event was, of course, organized to be fun. After all, if anyone knows how to have a good time, it's someone who can't go out in direct sunlight.

As the red-haired masses marched down the street, some held positive signs saying "IT GETS REDDER" and "GINGER AND PROUD."

Though, one little girl warned, "DON'T MAKE ME MAD OR I WILL GINGER SNAP." 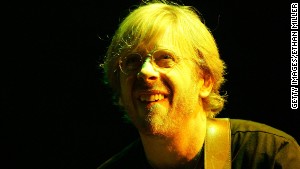 Favorite Redhead No. 1: Trey Anastasio shows the face a ginger makes before he steals your soul.

I see what she did there.

Of course, Edinburgh was the perfect place to hold such an event. While the worldwide percentage of natural redheads is only about 1% to 2%, in Scotland, it's somewhere closer to 13%. Which is still pretty low.

And some people think those numbers may get even lower.

In 2007, National Geographic suggested that, eventually, gingers might actually become extinct. Perhaps as soon as 2060.

While many disagreed with this prediction, it certainly didn't help that, in 2011, the world's largest sperm bank stopped accepting donations from gingers for lack of demand.

Aaaaaaand there goes my retirement plan.

Nevertheless, Hitchins has been encouraged by all the support he's received in his efforts to raise ginger awareness.

Though, in retrospect, perhaps I shouldn't have Googled "dirty redheads."

But two hours later I finally got back on track and discovered a couple legitimate support sites such as Redhead-World.net andRedheadandProud.com. I even found several dating options likeHotForGinger.com.

So there's plenty of love and support out there for us pale-skinned, red-headed folks who need a little extra encouragement. 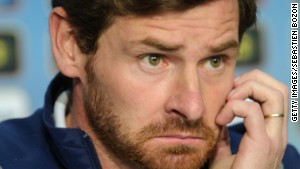 Favorite Redhead No. 2: André Villas-Boas proves that even ginger ninjas get the blues.

Still, it's kind of a bummer that some kids get teased just for being ginger. I was never THAT red, so I really don't know what it's like. But I'm sure it sucks, and hopefully these bullies will grow out of it and come to realize that freckles are awesome!

But, until then, if any gingers in the world need an extra boost of confidence, just remember this: Axl Rose is a redhead.

And so are Conan O'Brien and Bonnie Raitt, and Willie Nelson and, apparently, Genghis Khan.

(But Carrot Top doesn't count. Because I said so.)

I applaud Hitchins and his Ginger Pride Walk. And maybe next year I'll be there in person to cheer them on. From a shaded, safe distance.

I'll be in the gazebo.