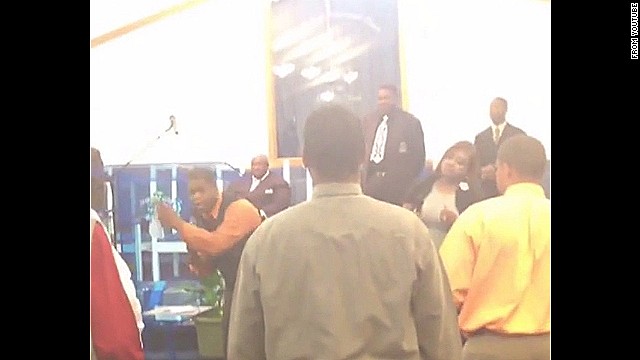 "The things that you say, you know we're going to find out about 'em anyway," sings a man in this blurry cell phone clip.
STORY HIGHLIGHTS

(CNN) -- How bad is the problem of oversharing online? People are now singing about it in church.

A video that's been gaining buzz online in recent days shows worshipers at an unidentified church singing a gospel-styled tune with the apparent title of "Keep Yo Business Off of Facebook." In the blurry two-minute clip, shot with a cell phone, churchgoers sway and clap while a man and woman sing about the pitfalls of sharing not-safe-for-church behavior.

The video was posted online in July but has only become widely noticed in recent days after being shared, of all places, on Facebook. The origin of the video and location of the church has so far remained a mystery.

Some commenters on YouTube, where posts of the video have attracted more than 200,000 views, have complained that Christian choirs should not be singing about secular topics in church.

Social media fights back against trolls

"And this is about Jesus how? I mean it might be funny but in the midst of worship service our eyes﻿ and attention should be affixed on Jesus, not what folks post on Facebook," wrote one woman. "Handle that in mentoring or something."

"This church is a disgrace," said another commenter, who called the song blasphemous.

HLN: A look at 'Generation Overshare'

But others have found it amusing.

"Amen!﻿ Apparently, God hates your duck-face selfies, drunk photos and gossiping... And so do I. LOL," wrote one.